He replied, “Because you have so little faith. Truly I tell you, if you have faith as small as a mustard seed, you can say to this mountain, ‘Move from here to there,’ and it will move. Nothing will be impossible for you.” 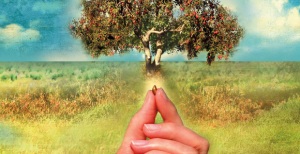 I can’t believe where I been the past five years! It was February 11, 2010, I was in a pit of great despair. I was not sure if I was tired enough to die but I knew something had to change. A few months earlier when the abuse put me in a comatose state I still hadn’t chosen to reach out to emergency personnel. Once again it was a life or death situation and I acted. All I was trying to do was make it out the door alive. That defining moment rewrote my testimony . This is the Part II of my spiritual journey. You can read Part I here

Back then I couldn’t even imagine the magnitude of  Love God  had for me. He actually had a plan for my life. It took over a year to realize it was God who spared my life. As the  spirit within started to grow I began to  developed an obedience for God. I started becoming a brand new person. My life began to take flight. With Gods assistance I was becoming a fully independent woman. God wrote the word Faith on my heart very early on . In June of 2011 I was fresh out of county jail. Reentering society once again with nothing more than the clothes on my back. Clothes that  mirrored a new me,  I had lost approximately 4 clothing sizes.  My jeans fell off my hips and my shirt was to sizes to big.  My clothing wasn’t the only thing that didn’t fit anymore. My attitude, my spirituality, and my heart all made drastic changes. My spirit quickly began to grow restless as my normal Godly routine had been disrupted. I found myself in search of some spiritual food. I found a little church called Faith Community Church within walking distance from where I was staying. The spirit prompted me to start attending services. Then I led to begin a recovery class for woman with Codepency issues. I didn’t have problems with drugs or alcohol but I had discovered while I was in jail that I had an addiction to people. One person in particular. This particular person was poison to my soul. He had led me to deep dark waters on many occasions. All he wanted to do was see me drown. I didn’t have a job. I didn’t have an income. I didn’t have a place to call home. The worse part about it was I didn’t  even have my children. Fortunately, our God always has a plan and provides. Though I still had blinders on. I felt like I was still trapped in circumstances I could control. I didn’t know where God was taking me but I prayed and kept up the spiritual foundation I had built  jail. I continued to have Faith though it was as small as that mustard seed. God had to show me who was in control many times during those reintegration days. I put in applications here and there, never biased to what kind of work. I was being rejected due to the recent incarceration. God still provided . My grandfather had passed away 2 days before I surrendered my freedom. He left me an inheritance. I didn’t begin receiving my inheritance until after I had been reintegrated in society. This awesome Godly plan ensured I was financially taken care of at just the right time. This little bit of income provided me stepping-stones to move forward in life. Originally before my release I had written up a plan that I would get a few affairs in order and head East to Tennessee. Oh boy did God had other plans. The children were removed and put into the juvenile system.  When the children  got put in the system this forced my hand to stay in California and fight for them. Staying was not a hard choice to make though it made circumstances very difficult. Staying brought me to places I never would have imagined. While flipping through the weekly classifieds I came across an advertisement for a Pharmacy Technician Program. I looked into it and it cost $250 as a down payment. I prayed about it and God led me to enroll. The day I enrolled I was informed that I was no longer welcome to stay where I had been staying. God gave me a calmness about it. I had Faith he would follow through with his promises. I packed what I needed in my car and drove off into the night. I leaned down the back seats in my 2000 Mercury Cougar and padded it with blankets making a makeshift bed. I was grateful to have a roof over my head even though it was a car.  God used this situation as an opportunity to spiritually build me up. There was freedom about those days I could never imagine changing. It was very liberating. I had a daily routine and my car was always kept well-organized. I attended my first day of class not sure what to expect but knew this was my way of moving ahead in life. Even if I had to live in my car for 18 months till I completed the program I would still be moving forward. The teacher gave us a certain amount of time to get our books and uniforms. I explained to him my current circumstances and requested an extension. He allowed it. After school I would go park in the Wal-Mart parking lot and do my homework before heading to bed. I could only sleep till the sun came up most days unless it was raining. The sun had a way of heating my car up to unbearable conditions. The heat gave me one advantage though. I would set a water bottle directly in the sunlight to make warm water. I would remove the lid to my cup pour  oatmeal with the warm water and then replace the lid. I would run inside Wal-Mart real quick buy a banana and use the restroom. I would then return to my car and drive over to the local library. By the time I made it over to the  library my oatmeal would be edible. I would eat and wait for the library to open spending time with God in daily devotion and prayer. I would spend time in the library doing homework and research. Then I would eat lunch at Subway. Subway took a government-funded program which allowed homeless people hot meals.  After lunch I would take a nap in the shade or at the local park. Then I would head over to school.

After a few weeks of being homeless I came in contact with a place called Bridge of Faith. There is that word again! I began talking to the owner and I explained my story. She told me she may have room available and arranged for a meeting at the HOME on Sept 28,2011. I didn’t know what to expect. In some ways I was still reentering society. Prior to being in jail I was literally held captive by my husband. So either way I didn’t know much about these newly found freedoms. I seen the home, it was beautiful. She asked me to fill out some paperwork. I questioned to myself could this be real? This Home is lovely and this lady is so nice. I was so nervous. I waited to hear a disappointing “No”, “This isn’t going to work” , or “I am sorry”. Instead She said “Welcome, let me know your schedule, call me on your way home so I can let you in.”  I still remember the feeling of shock. I wasn’t sure if I could trust this lady.  It would take a  few weeks before reality set in and I would call the place my Home.  I didn’t just get off the streets with a bed to sleep in every night, I gained my own living quarters. Living quarters in a big mansion. I even got my own bathroom! No more running in Wal-Mart to pee at 2am. I was amazed. All I really needed was a bed to sleep in but God provided me with so much more.The following morning I woke up to a birthday card and a gift. This lady I had just met the day before remembered me saying it was my birthday and she was giving me a birthday gift. God was still providing. He also provided me with a real life Angel to assist me along the way. If I had a bad day, she would be in her office willing to counsel me. She would be there at 2 am if I needed her. When I was in trouble , she was there. When I felt like crying or screaming, she was there. Most importantly she was the vessel God used to give me many words of encouragement that make me who I am today.God provided me with luxuries that I hadn’t even dreamed of. All this for being obedient to him and having Faith the size of a mustard seed!